Atlanta – in the land of limited opportunity

Once again, Hartsfield-Jackson Airport (ATL) in Atlanta in the US state of Georgia broke records: Despite the corona pandemic, which has hit no country as badly as the USA, more than 3.5 million people travelled through the world’s largest airport in December 2020. That was 60 percent less than in the previous year, but measured against the lower number of passengers in the entire Corona year, it was a relatively high number.

Because, in general, aviation is badly hit by the pandemic worldwide, including the USA. Reason enough to take a look at the latest mega-projects in the world in a series of articles: To what extend are the falling passenger numbers and airfreight numbers compatible with the often ambitious expansion plans?

ATL Airport is one of the most important hubs for international flights in the USA: According to own information more non-stop flights to international destinations take off here than at any other airport in the world. While there were 110 million passengers in 2019, there were just under 43 million in 2020. The low point was in April 2020: Instead of 310,000 passengers a day, only 9,000 came. “The pandemic caught us cold,” says airport director John Sender. The only bright spot: “Cargo business is going on.”

The fact that the importance of the cargo business has increased significantly is also evident here in Germany. For this reason DB Schenker has significantly increased its air freight capacities and, at the end of January, launched the first of two routes at Munich Airport that directly connect the continents of America, Europe and Asia. DB Schenker also regularly sends air freight to the airport in Atlanta.

The airfreight volume is only falling slightly

Because in fact, North America’s airfreight got off relatively lightly. According to IATA, the cargo losses in April 2020 were lower than during the financial crisis. In the months that followed, the industry in North America recovered better than anywhere else. On the one hand, this was due to the fact that capacities only fell by 12.7 percent. On the other hand, more aircraft flew between North America and Asia. ATL was even more fortunate: total airfreight fell by just 6.3 percent in 2020.

During that time, Atlanta pushed ahead with its expansion plans. “We use the time,” says a spokeswoman. ATL has been planning ambitious modernizations for several years. It will cost around six billion US dollars to increase capacities, renew existing facilities and improve the aesthetics of the airport. The airport managers give themselves 20 years to do this. “We believe that Atlanta deserves the best airport, including the most modern airport facilities,” said former ATL General Manager Miguel Southwell. How little the pandemic can slow down the plans is shown by the rapid construction progress: the contract was just awarded to expand new gates and other facilities for a three-digit million amount by the end of 2022.

In addition to the visually striking roofing of the central driveway, a lot will also change in the cargo area. The airport is spending more than 200 million US dollars to massively expand cargo facilities and operations. Up to 100 hectares of air cargo space are to be added to the existing 12.1 hectares.

Atlanta is thus setting an important example when it comes to airport modernization. Because, according to industry reports, the US has fallen far behind in the global comparison. The infrastructure has long been out of date. The last major airport was built in 1995. Many airports can no longer keep pace with the increase in passengers and technical innovations. However, in the past two years a trend has started: many airports have started modernization. But they are far from the optimistic construction boom on the other side of the Pacific. 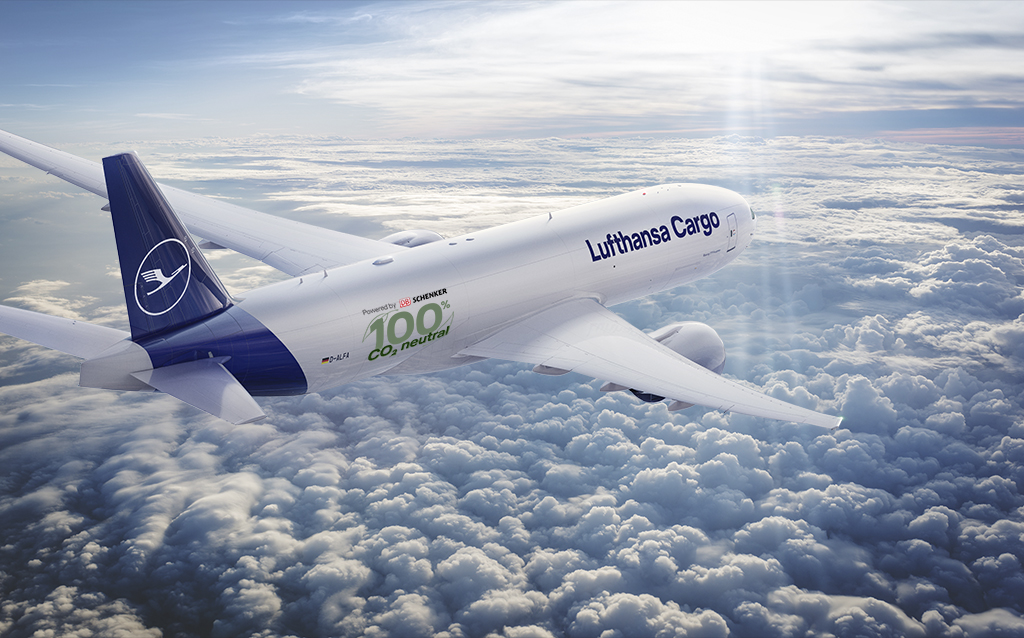 In November 2020, DB Schenker partnered with Lufthansa Cargo and flew the world’s first carbon-neutral all-cargo flight from Frankfurt, Germany, to Shanghai, China, and back. The Boeing 777F cargo aircraft’s… → more 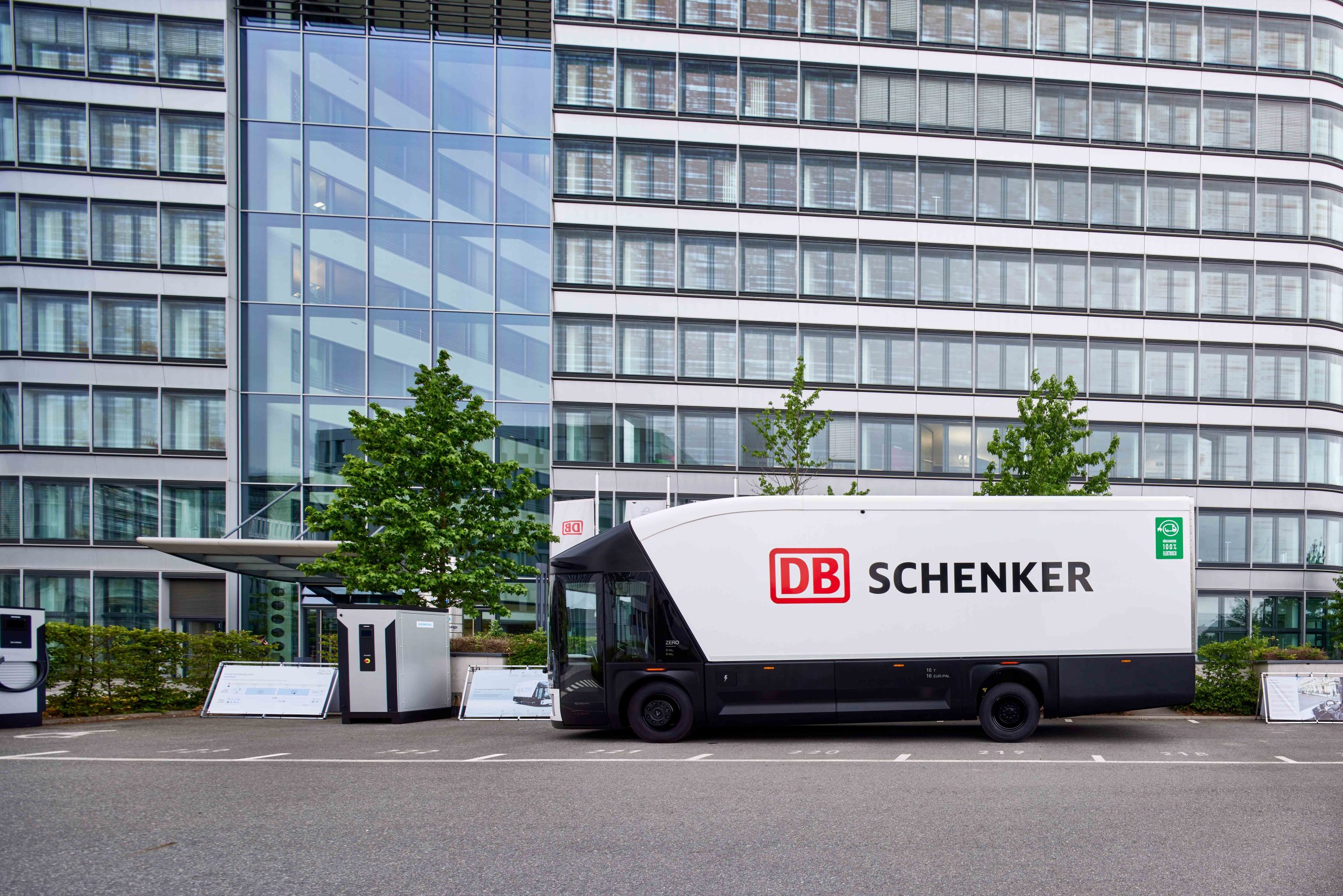 A guest from Sweden: The Volta Zero pays a visit to DB Schenker

The future of logistics belongs to electric vehicles that are used throughout the entire value chain. With this in mind, the Swedish commercial vehicle manufacturer Volta Trucks develops battery-electric… → more 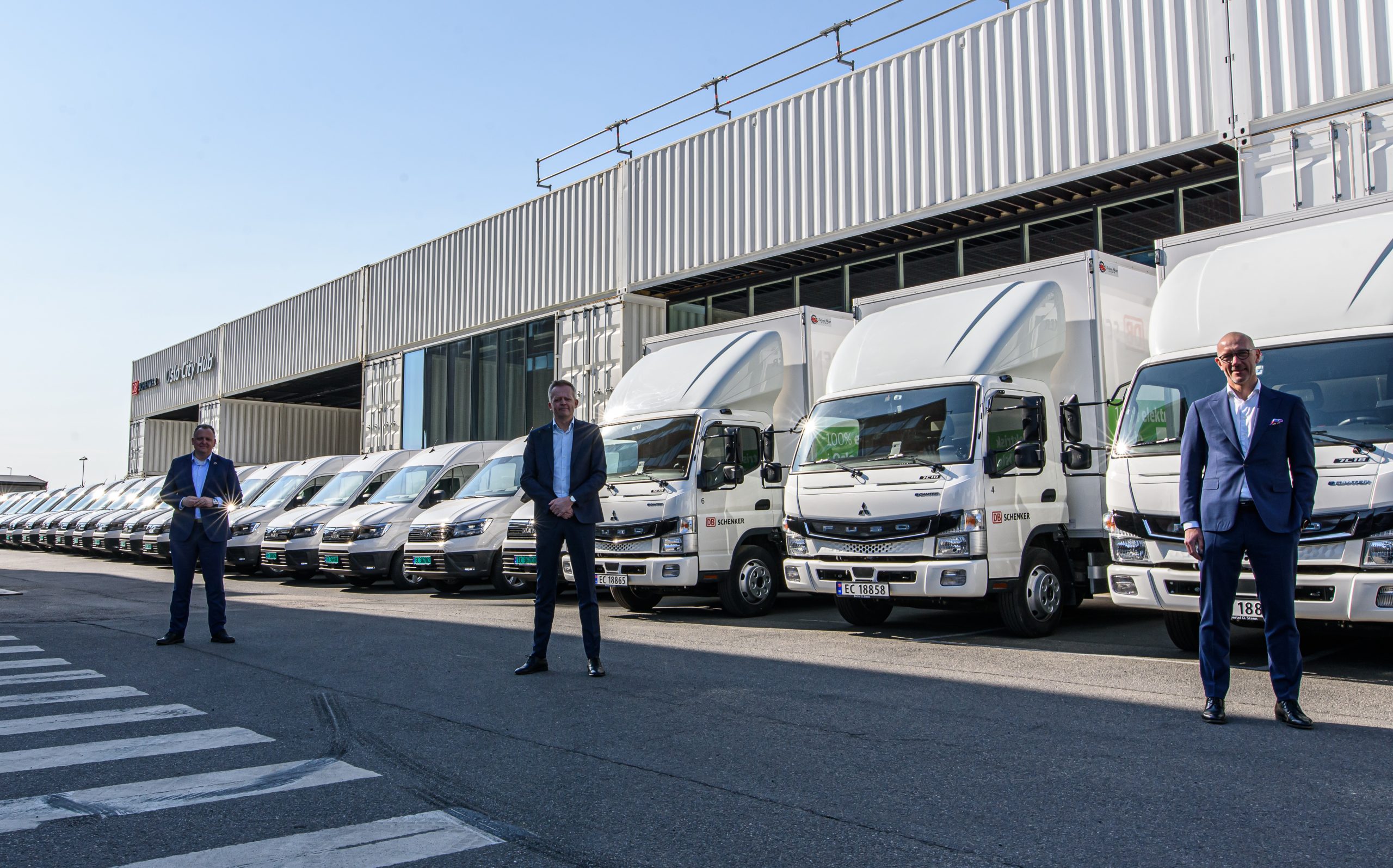 DB Schenker proclaims the ambitious goal of zero-emission deliveries for its city distribution operations in all major Norwegian cities by the end of 2021. This objective has already been achieved for Oslo… → more